This paper explores the points of convergence and digression of the Trade Justice Movement and the Fair Trade Market in Northern countries and the Mexican peasant project, through the framework of transnational social movements.

It is concluded that, actually both the Fair Trade market and the Trade Justice Movement address one of the longstanding claims of the Latin American peasant movements namely better conditions of access to the market. However there are not visible channels of communication and strong links between northern and southern social movements. It is suggested that a stronger mutual involvement could enhance more effective channels of communication that gives coherence and effectiveness to the movements struggle for equality, rather than repeating within SM’s the political economy’s North-South schema of domination. 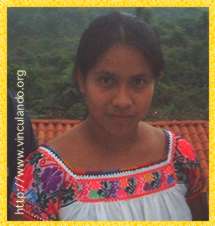 This work concerns the local outcomes of transnational elite decisions. The importance of the market in the global political economy is increasing, but also giving rise to a set of contradictions. In this context, a variety of social responses may be expected both to the decisions taken and the processes unleashed by them. For example, a set of unelected international institutions like the IMF/World Bank arose as main actors inducing the adoption of market liberalisation policies within nation states; a free trade agenda was publicly promoted as the new macro-economic panacea; and third world countries were encouraged to remove barriers and subsidies as a condition for loans and a recipe for economic recovery, in order to allow the first world access to raw materials and basic food products.

On the other hand third world producers were increasingly struggling to access the market. They were astonished to find that their countries were invaded by cheap and low quality products with which they could hardly compete, and realized that the north countries promoted new subsidies for the protection of their own producers. The rhetoric of free trade seemed shaped only for large corporations; trade for small producers appeared almost forbidden.

Although the fight for better conditions of production has been a longstanding struggle of southern producers, the visible effects of neo-liberal policies and other macro-economic issues like third world debt have been putting increasing pressure on poor countries and specially on poor people. A series of social movements has sprung up, in addition to those already existing, to address and draw attention to the devastating effects of global political economy outcomes on the local conditions in southern countries. One of the starting points of this social mobilization was the first major developing country debt crisis in 1982 in Mexico. This was the time of the initial application of neo-liberal policies in Mexico, featuring the inclusion of Mexico in the Free Trade Area of the Americas. In 1994 occurred the uprising of the Zapatista army, which Carlos Fuentes called the first post-communist movement of the 20th century (Rubio, 1996:156). A replica of the 1982 collapse happened the last month of 1994. By then, a transnational citizen mobilisation was already addressing issues like debt, free trade and structural adjustment. Ironically, what is now considered one of the pioneers of the alternative trade market labelling organisations, the Dutch Max Havelaar, had its roots in a meeting with Mexican farmers from the southern state of Oaxaca, which became, according to some, the first group of farmers to export coffee through the fair trade model.

As L. Hernandez stated, the emergence in developed countries of a solidarity movement with small producers of the underdeveloped nations, an increasing environmental consciousness and the necessity of conserving biodiversity, have encouraged the emergence of new markets (n/d: 1). This work concerns the way solidarity relations between northern social movements and southern social movements are carried out, the extent they can be conceptualised as social movements, and the level of engagement between north and south movements that share claims. Also, it will analyse the role of values as a strategy, and as an end in itself, framing the broad struggle between opposing actors.

The first section consists of a review of the main theoretical perspectives of Transnational Social Movements and their relation with solidarity. The role of values will be highlighted within collective action and advocacy networks. The second section, will analyse the trajectory and outcomes of the Fair Trade Market in terms of a social movement. This analysis is integrated with individual cases of NGOs initiatives to provide a parallel way of trading aimed at returning a bigger share to third world producers. This discussion underlines the way coalitions have been made to create certification organisations that negotiate and discuss solidarity values in the certification process with the third world producers. The third section examines the history of peasant struggles for production in Mexico. The emphasis on Latin American producers stresses the importance of their own conceptual and political frameworks, which is specially important when an overseas initiative aims to provide or promote alternatives, allegedly to improve the outcomes of agricultural activities that have been carried out for centuries according to indigenous social and technical methods. It is suggested that it is not enough to take into account the current ability of producers to participate, but necessary also to regard their historical background and broader political project in the design of any initiative with solidarity purposes. The fourth section analyses case studies of the Union of Indigenous Communities from the Isthmus Region, an organisation of small coffee producers from the south of Mexico that embodies the model that the Fair Trade Market is aiming for. It has been rewarded with coffee prices that have resulted in the improvement of health, education, production, and transport issues through grassroots organisation. The section than considers the development of the Trade Justice Movement, a European coalition of NGOs that addresses the macro-structural level of international trade, in order to call attention to its undermining effects on third world people. TJM’s level of connection to the ground is criticised, specifically, the need for it to enhance the participation of third world social movements within its agenda. It is concluded that both the Fair Trade Market and the Trade Justice Movement’s agenda sharply coincide with the project of the Mexican movements analysed in the case studies, but nonetheless, there is room for improvement in terms of level of engagement with the grassroots.

Among all the people and groups that contributed to reach this final stage, I would like to thank very much the National Council for Science and Technology (CONACYT), the Ford, McArthur, and Hewlett Foundations for the economic support provided in the graduate program, and the Institute of International Education for the kind assistance provided before, during and after the academic studies. Also, I am very grateful for tutorials and suggestions made by my supervisor Richard Wilson, Peter Luechtford and specially Jutta Blauert, who gave insightful advice and sincere comments for the shaping of this final work. I express also my gratitude to the people from the Brighton WDM and Christian Aid local groups, some of whom offered and provided their time and experience through the interviews in which they kindly contributed. However, nobody but me is to blame for any mistake done throughout the document.