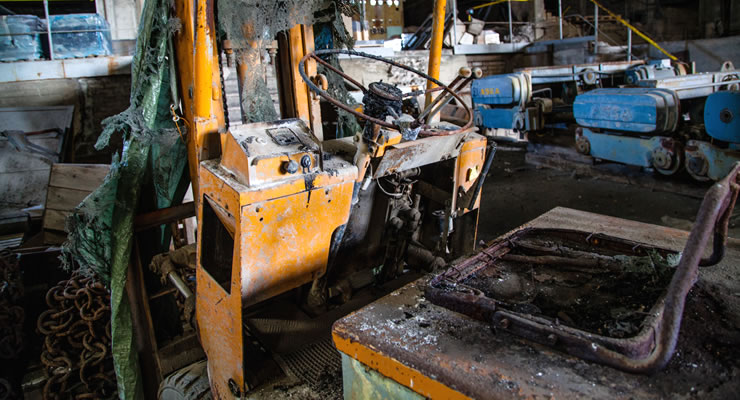 El Palito Refinery-PDVSA poses a current inventory of FCC spent catalyst estimated at 550 tons. (647.6 m3) and the annual rate of the same generation is calculated at 2,500 tons. (2,983.5 m3), which is required for a timely and efficient waste management, so that its reuse as aggregate in mortar coating constitutes a choice in harmony with environmental conservation that allows conceiving the catalyst rather as a residue with recoverable potential.

The waste is a catalyst that comes from the Fluid Catalytic Cracking Unit (FCC) and is basically composed of silica and alumina, giving pozzolanic properties that assign a potential use in the construction sector, but particularly have been in Venezuela little studied and less its use as aggregate for mortar coating, but if within various other industries.

Spent FCC catalyst is a non-hazardous waste according to an environmental characterization made by Toro Hidrolab Consultants in 2013 and to the standards set by Decree No. 2,635.

The research is descriptive, with a field design and experimental nature, which has proven that the reuse of waste in mixtures for coating mortars were performed with samples characterized which indicated non environmental hazard, does not represent a hazard to human health or the environment because their constituents (trace metals) are immersed in dry mortar matrix and their concentrations decrease considerably.

Reuse of spent FCC catalyst allows not available through burning by thermal co-processing as a method of disposal in the Venezuelan cement company INVECEM or disposed of in a landfill, generating air emissions polluting the environment and requiring the use of energy and fuel combustion fossils. Also affects a significant savings because PDVSA reduce its bound by the elimination of waste costs.

Spent FCC catalyst is a fine powder with particle size of (5-20 microns) which acts as dust with the ability to disperse in the air, so to prevent inhalation and possible entry into the airways; it is recommended the use of a dust mask of silica and alumina in its handling, and also for the cement and sand.

The use of waste in a mortar produces no cracks or breaks when used as a coating for walls and gives a slightly darker hue.

Mixing experiments with addition of 15% spent FCC catalyst as a substitute for cement, allowed to evidence that slightly increases mechanical strength thereof, when compared to a standard mortar, becoming a little less manageable and therefore the time to be applied should be a little lower. Addition of 15% catalyst in the mixture design, exhibits superior adhesions results than those obtained in the design of standard mixture.